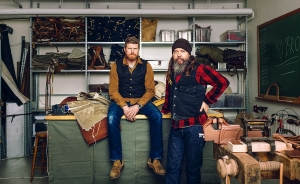 Unless you have served in the military it can be difficult to understand the realities of transitioning from military life back to civilian life.  Just as the military thoroughly trains and prepares soldiers for active duty, is the same level of conditioning provided for veterans to step down from military service?

There are most definitely programs for military men and women who are transitioning from active duty back to civilian life. These programs are designed to help military personnel get ready for a different kind of life. Returning to their former civilian lifestyle.

The First Step for Transitioning Military

The Department of Defense transition assistance program (TAP) is a mandatory service for any military personnel who have served at least 180 continuous days or more on active duty. This program is also available to individuals serving in the National Guard and American reservists upon release from active duty.

Navigating military to civilian transition programs involves 45-minute consultations with the military consultants.  The topics for veterans include setting goals, reviewing veterans’ benefits and VA assistance programs. It also includes consultation about exploring educational opportunities and preparing for the civilian workforce. It is available to any military service person within 365 days pre-ETS (expiration term of service)/ (end of active service) EAS or within 365 days post-ETS/EAS.

One of the most insightful reports that demonstrate how ineffective the Federal transitioning programs can be for veterans, was a survey conducted by the Washington Post and the Kaiser Family Foundation.  It focused on the 2.6 million soldiers that served in Iraq and Afghanistan.

The findings from the survey reported that:

One of the most tragic signs that the transitioning support for military veterans is not enough, is the growing suicide rate among American veterans. There are also other social and mental health indicators such as unemployment, depression, and post-traumatic stress disorder (PTSD).

Military.com published a candid article this year. The article was written by Jennifer Barnhill, a federal employee at the naval postgraduate school in Monterey, CA. She is also a Navy spouse and mother of three children.

The article was titled “Problems with the Military Transition Process Need More than a Band-Aid Solution”. Barnhill points out that problems like homelessness, addiction, unemployment, isolation, and mental health struggles are not new for military servicemen and women.  But for soldiers in active duty post 9/11, some clinical studies have revealed a higher level of post-traumatic stress.

The military is the most technologically advanced force on the planet. And each member of the United States military undergoes extensive training to make them into high performing soldiers, marines, etc. The amount of mental conditioning that soldiers receive is not just during the training process. It is important to remember that this conditioning continues on throughout every day of their service during active duty. It becomes a lifestyle, social programming, and a different way of thinking.

Jennifer Barnhill makes one of the most accurate statements that we’ve seen in any article about military transitioning. That the same amount of conditioning is not placed on soldiers exiting the military. And that in many ways set soldiers up to fail in their efforts to transition back to civilian life.

This comment was shared by a military veteran interviewed for the article:

“The military is really good at creating new neural pathways to make you into somebody other than you were before you came into the military. They don’t do anything to create new neural pathways for when you leave,” said combat veteran Ron Self. “So, you’re essentially this new person, this new identity going into a world that you have not technically been a part of as the person you are now.”

Veterans Healing Veterans from the Inside Out (VHV)

Ron Self has an interesting back story as a military veteran. and he definitely speaks from experience. Shortly after leaving active duty with the Marine Corps., he was incarcerated in San Quentin state prison. While he was serving time in San Quentin he founded an organization called Veterans Healing Veterans from the Inside Out (VHV).

The VHV non-profit organization provides a thorough transitioning service for veterans. Ron Self has created an exit boot camp for veterans. Not just a few short sessions with a consultant, but group sessions that allow veterans to speak to other veterans about traumas and fears and concerns and difficulties that they experience when transitioning. It allows for peer to peer support which according to Ron Self, is one of the key factors of successful transition therapy for veterans.

When you are a military service person and you have been conditioned to be strong and tough and resilient psychologically it can be exceedingly difficult to flip the switch. To be vulnerable enough to explain those fears and apprehensions which may be paralyzing for you. After all, you were taught not to express these emotions while you were in active duty and so many veterans struggle with it.

But somehow in a peer to peer counseling situation veterans do not feel as threatened. They come to see that other military service people experienced the same concerns and fears and difficulties. And that other veterans are seeking the same answers and help as they return to civilian life.

The Veterans Opportunity to Work and Hire Heroes Act of 2011 (VOW Act) requires service members separating from the military to complete the Transition Assistance Program (TAP).   Critics of the program say that it is not enough to prepare veterans to re-enter the workforce. After discharge to participate in the TAP program, after which time the resources are no longer available for the veteran.

Now imagine you have been on active duty for years. And you have left the military and been discharged. the first three months that you are a civilian again are going to be filled with a large number of coping challenges.  Military servicemen and women who have been discharged will typically spend that time reconnecting with loved ones and start to integrate themselves back into their social circles and community. And you have to register for an in-person TAP workshop. that is basically meeting with people that you do not know to talk about some sensitive issues.

Other critics of the program feel that it is not unintentional that so few resources are provided to veterans on discharge from active duty. A percentage of discharged military men and women who are not able to transition back to civilian life successfully will reinter the military. They will reenlist to return to what they know.

In the interim, the transition programs provided through the military do not seem to be doing enough to stem the increasing tragic suicide rates or a number of veterans who are living at or below the poverty line in America.

Until these programs can be improved non-profits and community programs will continue to try to fill the gap, and support our veterans with counseling, financial training, job retraining, and mental health support services. 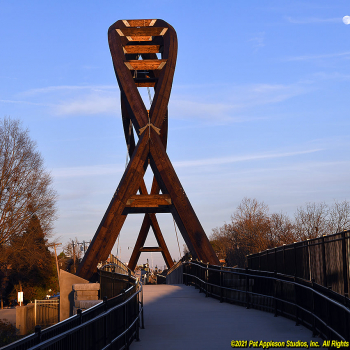 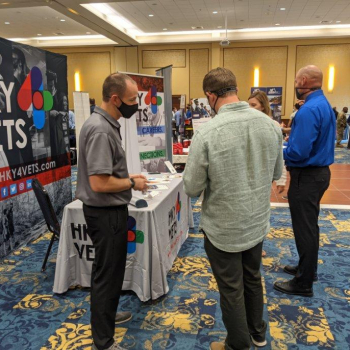 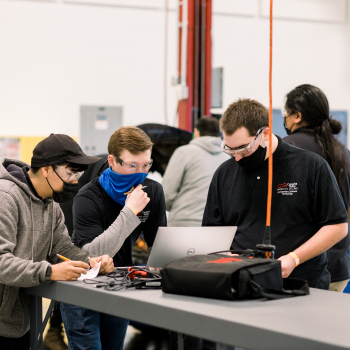 Looking For a New Job? Things to Look For in a Company of Interest (3/3)

As part of our upcoming Virtual Hiring Event, we have put together a series of blog posts…